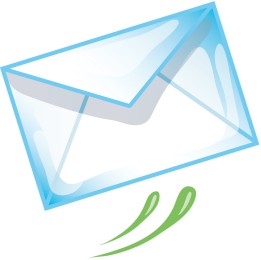 This is an FOI decision from the Information Commissioner that I have planned to blog about for some time, but have now only just got round to blogging about it.  On 11 March 2013 the ICO issued decision notice FS50468600 which involved the Department for Work and Pensions (DWP).  The content of the decision notice is not all that important until we turn to paragraphs 32-36, which are headed up as “other matters”.

In particular paragraph 35 is of note in which it states that his office experienced difficulty in actually speaking to those who were involved in the request at the DWP’s side of things.  It described the DWP’s practice of not providing telephone numbers or contact details within its responses and how this makes it very difficult for the appropriate contact to be located within the organisation.  The public authority advised the Commissioner that it did not include these details so as not to breach the privacy of the non-senior staff involved; it described the staff in question as not being in public-facing roles.

In Paragraph 36 of the decision notice the Commissioner states quite clearly that he does not agree with this approach.  The decision notice states that “if such staff are responding to requests made under the FOIA then he considers this to be a public-facing role which is unlikely to attract an expectation of privacy” (Paragraph 36).

The DWP are by no means the only public authority which has adopted similar processes in respect of FOI requests.  I can remember one time trying to get hold of a central Government department (I can’t remember exactly which one, but I have a feeling it was either the Home Office or a connected public authority) to discuss a response that had been issued by them (something that merely wasn’t very clear and, as it later transpired wasn’t in need of an internal review). However, there was no contact details provided for the individual.  I was informed that the FOI team were not public-facing and they wouldn’t speak to members of the public over the telephone.

It was very frustrating and actually resulted in a higher cost to the public authority in my case.  There was just one thing that I wasn’t clear about and I’m sure that had I been able to have a quick telephone conversation with the person who issued the decision then there would have been no need for them to conduct an internal review.  However, the Authority’s attitude and processes meant my only option to get the clarification was to request an internal review.  This will have then required a senior member of staff within the authority to review the entire handling of the request and issue a response to me; far more expensive than 5 minutes on the phone explaining something to the applicant.

Not publishing contact details for those responsible for FOI within the organisation also makes seeking advice and assistance from the public authority almost impossible.  My reading of the Act suggests to me that advice and assistance is not only something to be provided in a refusal notice, but something that should be available to prospective applicants.  I know that I’ve certainly phoned up a public authority and had a chat with them about a request before making it; as a consequence I have been able to frame my request in a way that has made it a much more efficient process for the public authority (and thereby reducing the cost to the taxpayer).  The FOI Officer, knowing the structure of their organisation and how information is generally held, was able to advise as to what information they were likely to hold and how it was likely to be held.

I tend to agree with the commissioner that anyone sending a response out to a FOI request is clearly public-facing; it might be that a particular role was not public facing pre-FOI, but in these post-FOI days anyone could, in theory, be a public-facing member of an authority’s staff.  It should be easy for applicants to contact public authorities, not least because the public authority is obliged to provide advice and assistance, but it can just save public authorities money.  It can help ensure more focused FOIs that are easier to deal with and can prevent expensive internal review requests (or perhaps even more expensive ICO investigations).(Ed – See also Ibrahim Hasan’s blog post on disclosure of staff names under FOI)

Hopefully the ICO’s criticisms of this approach in this decision notice will feed their way round any other public authorities who still adopt a practice of not giving out contact details for someone able to provide advice and assistance.

Ibrahim Hasan will be discussing this and other recent FOI decisions in the FOI Update workshop  on 3rd June 2012 in London.

Do you want an international recognised qualification in FOI?

The ISEB Certificate in Freedom of Information  starts in Manchester and London in June.

Act Now Training Ltd specialise in information law. We have been providing training and consultancy services globally for over 16 years. We have an extensive GDPR and FOI course programme from live and recorded webinars, accredited foundation through to higher level certificate courses delivered throughout the country or at your premises.
View all posts by actnowtraining →
This entry was posted in Freedom of Information, ICO and tagged Freedom of Information, names, Refusal Notice. Bookmark the permalink.

1 Response to Disclosure of Staff Names in FOI Refusals