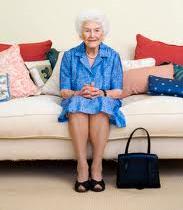 Grandma had been getting worse day by day. She’s living in her own home with help from various agencies but she’s an easy target. Dementia has been diagnosed. Last year she paid a door to door salesman £1,800 by cheque for an item she didn’t want which was available on ebay for £45. It took a long time for the firm to accept that they had exploited an elderly woman and it took quite a while to get the money back. As a result of that Grandma’s cheque book was confiscated by her granddaughter. Pension was redirected to the bank instead of the Post Office and Grandma was given some spends. Problem solved. She couldn’t spend the not insignificant balance in her bank just the handful of tenners in her purse (and these mostly went on fags and fish & chips).

Then the spends started disappearing. £50 on Monday evening turned into £30 by Wednesday and Grandma complaining that she didn’t have enough. Daughter in law topped Grandma up to £40.  It turned into £10 by Friday and no-one knew where it was going. Grandma and Alzheimers didn’t help. Her short term memory was non existent. She didn’t go out much at all. She didn’t appear to buy much. Rarely did anyone call at the door. Carers & meals on wheels arrived, so did the hairdresser.

Eventually the conclusion was reached that it was either Grandma stashing it away for the future or someone else was involved. To resolve the issue a hidden camera would be installed. After a few quotes we settled on a local man who’d done this many times. 3 motion activated hidden cameras in lounge, kitchen and understairs cupboard. £375 a week. They went in last Monday.

Donning our DP hats for a moment…

The Security firm didn’t consider any of these questions. They just installed the cameras.

Two hours after installation (but a week later as we trawled through 800 images downloaded to our laptop from the card inside the cameras) we saw on image number 4 someone go into the understairs cupboard with Grandma’s handbag, hang it up on a hook, open it, take some notes from the purse and replace it. The Security man said the evidence was good enough for the police (being well versed in this sort of thing). It happened again on image 43 then again on image 267.

The culprit? It was someone the grand daughter knew well and who had been visiting grandma every day to check she was eating properly, doing odd jobs around the house and generally looking out for a vulnerable old lady. She was being paid for this service but had chosen to take a few pounds every day to boost her income.

The next stage is to confront the person; consider telling the police; consider informing her employer; find a new helper; let grandma know what has been going on and pay the security man who had a part time job as a fortune teller.

It was, as he predicted, the carer. 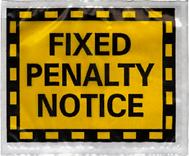 I received this web link in an email from CONFUSED.COM which I thought was interesting so I’ve reblogged it. The DPA does feature (slightly) but it’s a good read.

Nothing more to say – enjoy reading it but remember that the DVLA sell on your personal data that you thought you gave them to administer your car ownership. An unlawful act? A breach of principle 2? No it’s covered by the Road vehicles (Registration & Licensing) Regulations 2002 which requires the DVLA (inter alia) to release information to anyone who can prove they have reasonable cause to have it. That wonderful word reasonable again…

If you’re interested in this there are many sites on the net that help out here. The attractively named AppealNow is one of them. Pepipoo is another. If you know any more let us know.

In 2011 I received a gorgeous CD through the mail from a school. It invited me to send my children (at the time aged 30, 29 and 25) to their school (35 miles away from my house). Read the full story on Act Now website ( a Northern school). I did complain to the ICO but his decision was in favour of the school. This was my conclusion to the affair.

“A school/college with no prior relationship with me buys my name from a list broker as I am apparently rich and with junior age children (wrong on both counts) and then sends me unsolicited marketing material through the post. When I exercise my right to subject access they ignore it for two and a half weeks then fail to give me what I ask for because they don’t know from where they obtained my personal data.

The ICO when asked to look into the case decides the college did nothing wrong.

Moral – keep bad records, mail who you like even those with no relevance to your product, fail to respond to individuals exercising their right to access promptly and you’ll be fine rather than fined. “

I put it down to experience never expecting to hear from the school again but today they emailed me. Despite me reporting them to the ICO and an investigation taking place and their promise to delete my name and address from their database they emailed me with an offer I couldn’t refuse.

I will complain again. This time I have PECR on my side as they have strayed into electronic marketing as well as basic section 11 stuff. The school is also now a serial offender. Will the ICO listen, take action or will I get a similar response 5 months after I complain. See you around Xmas time.

It’s time to name and shame Queen Ethelburgas. Look out for the information notice.

It gets worse.  I chose to report the message as spam as they invited me to. Here’s the screenshot of  their procedure. Only a few errors in spelling and punctuation. 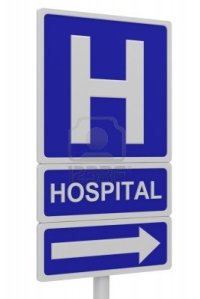 Once upon a time there were 6 people working for the NHS. Two of them in particular (let’s call them A & B)  were working on a function required by law which was difficult but over the previous 4 years they’d worked on it, sorted it out and had received plaudits for their work and were nationally acknowledged to be leading edge practitioners.

Then the NHS reforms started. Their PCT was being killed off and staff were transferring to  a new organisation. As usual a slotting in process was set up but surprisingly both A (the director level) and B (the admin level) person were not slotted in which was wierd as they were the only two working on this function. So they had to apply for their own jobs.

The NHS had decided that because there was no slotting in it was a job that anyone could do so they opened up applications to anyone at the same pay level.

A applied for his job and didn’t get it. B applied for her job (although she was actually applying for 3 jobs at a particular pay grade and once appointed would be allocated a job). There were 3 applicants for 3 jobs. Suddenly a person on the same grade who was on maternity leave found out that the jobs were available and applied. That meant that there were 4 people for 3 jobs. Things became tense. It became intense when it was decided that  the candidate on Maternity leave would be given one of the 3 jobs without needing to attend for interview even though they didn’t work in the particular department. When this was questioned it was found out that this was the law. So someone was going to lose out.

B didn’t succeed at interview. C, D  & E got the three jobs and would be managed by F. C stayed at home as she was on maternity leave. C, D, E & F didn’t know anything about the function. A & B did but had moved on. B has attended another generic interview and been given a different job in a different city doing a job she knew nothing about as it was generic job description.

Time passed. A moved on, B watched D, E & F try to understand a job she had been doing very well for years (and failing). Deadlines set by legislation were missed. The previous high quality system fell into disrepair. Then C returned to work but only half time. She didn’t help much as she knew nothing about the job (and didn’t really want it) so now there were 3.5 people not doing a job that B could have done standing on her head. D decided she didn’t like the job and started looking for alternatives. F went to 3 days a week as she had child care issues and E went on an extended holiday. The only person ready, willing and able to do the job was B who was struggling with a new job she didn’t really want. The big boss was informed of the situation and after a milli second decided that the people who didn’t know anything about the job and didn’t want it should “get on with it”.

A week later B resigned from the job she didn’t want. No-one is happy; no work is being done; a function required by law is lying fallow; millions have been spent destroying a structure that was working. 6 people and their families have been through the restructure grinder and been spat out the other end.

Post script. A & B had created an application in access that managed the function beautifully. It was so good that it was sold on to many other similar teams all over the country. They’re all really happy with it. The original system created by an enthusiastic systems analyst has been destroyed and corrupted by people who don’t know what they’re doing. The analyst has resigned.

Not much to do with information, I know. Had to get it off my chest.

The Data Reform Bill: What changes can we expect to the UK GDPR?

Our blog has been read by